Founded in 1967, INRIA is France’s only established public science and technology institution that is fully committed to computational sciences. Combining computer sciences with mathematics, INRIA’s over 3,400 researchers strive to become inventors for the digital world.

ASTRI and INRIA formed an international partnership in 2015 on “Virtual Prototyping of Embedded Software Architectures” which will last for a period of four years on a renewable basis. 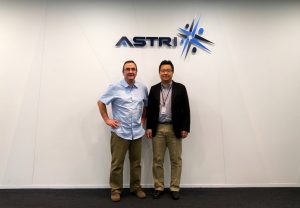