Cellular Vehicle-to-Everything (C-V2X) technology refers to the low-latency communication system between vehicles and vehicles, vehicles and pedestrians, vehicles and road infrastructure, and vehicles and networks. Through the real-time information transmission in the Internet of Vehicles system, people, vehicles and road infrastructure are connected and coordinated, and road users receives reports and warnings in real time to enhance road safety and assist driving. At the same time, the C-V2X technology can be applied to real-time traffic monitoring, incident management, and route planning to improve traffic efficiency. In the long run, C-V2X can better cooperate with the development of autonomous driving technology, assist autonomous driving in detecting hidden dangers and improve road safety.

ASTRI started to develop C-V2X technology in 2016, and successfully conducted road test at the Hong Kong Science Park for the first time in June 2017.

In order to comprehensively study the application scenarios of the C-V2X technology in Hong Kong’s roads, and the methodology to plan the network and infrastructure required for the application, ASTRI had been in close contact with the Transport Department from November 2019, through the Innovation and Technology Fund of the Innovation and Technology Commission to carry out research and test projects related to the C-V2X technology.

The site of the pilot project was about 14 kilometers between the Hong Kong Science Park and Sha Tin Town Centre. The project received the support of the Sha Tin District Council, Transport Department, Highways Department and other relevant government departments. Located in Hong Kong Science Park at Sha Tin District, ASTRI was established by the government in 2000 and operates under the supervision of the Innovation and Technology Commission. We started to develop the C-V2X technology in 2016, and successfully conducted a road test at the Hong Kong Science Park for the first time in June 2017. In order to more comprehensively study the application scenarios of the C-V2X technology in Hong Kong’s roads, as well as the required network and infrastructure equipment, this C-V2X project had a planned route which started from the Hong Kong Science Park at Sha Tin District, along the Shing Mun River, and via Tai Chung Kiu Road to Sha Tin Town Centre. The total length of round route was 14 kilometers. Technology tests were conducted repeatedly along the road.

The road section selected for this test covered different road environments in Hong Kong, including highways, roundabouts, intersections with traffic light, pedestrian crossings, etc., which were very suitable for the realization and testing of different connected vehicle road safety application scenarios, and can be applied to the future development of connected vehicle technology.

If the application of the C-V2X technology is fully deployed in the future, the residents of Sha Tin District can enjoy the benefits in advance.

We carried out detailed planning according to the needs of the test project. It had not caused inconvenience or safety issues to the residents of the district during the test period.

The test started in March 2021 and lasted for around nine months.

The C-V2X test obtained a permit from the Office of the Communications Administration. It was necessary to ensure that the specifications, information and transmission safety of the telecommunications equipment (roadside equipment and on-board devices) used in the test were in compliance with telecommunications management standards and requirements, and would not affect the citizens.

The test only involved specific test vehicles, and other vehicles and pedestrians were not and could not be connected to the Connected Vehicle Network system. All C-V2X networking equipment installed on the lamp post did not have any camera, and the Network system, roadside equipment and on-board devices only did real-time information processing and did not store data. The relevant test only received, processed or distributed information about specific test vehicles, and the relevant information was processed in real time and was not stored.

The Transport Department refers to the results and effectiveness of the test result to explore how the C-V2X technology can be applied in Hong Kong and proposes feasible development directions and considers how to implement such technology in designated public places and roads. At the same time, the Transport Department refers to the latest developments and experience of regulation of such technology to further enhance Hong Kong’s smart mobility competence.

The development of Smart Cities involves the emergence of Internet of Things (IoT) – connected devices operating on a large scale across indoor and outdoor areas. To fully exploit its potential, ASTRI has developed a scalable cloud-based Smart City Platform that can connect all these devices with seamless indoor and outdoor geographic information (GIS), and time stamps. It is capable of capturing, monitoring and analysing real-time data, as well as enabling smart navigation. The Smart City platform is meant to be deployed in large-scale enterprise and consumer grade BLE applications and systems in order to reap the maximised potential of IoT and smart city technologies. An application based on this platform has already been deployed in Hong Kong Science Park for a pilot experiment – allowing visitors to locate themselves within indoor premises. It assists visitors to navigate effectively to their desired locations.

ASTRI has developed the ‘Internet-of-Things (IoT) Management and Application Platform (IMAP)’. This software platform provides an open standard, commercial-grade platform for IoT management and applications to become practical and deployable. It also enables the industry to develop end-to-end IoT applications in a cost-effective manner.

With the large-scale, city-wide deployment of IoT devices, IoT management becomes challenging due to potential failure caused by various factors such as component errors, environmental factors e.g. temperature, and network connectivity. ASTRI’s IMAP software can minimise management complexity of large-scale deployment, and monitor the detailed status of IoT devices and their components. The IMAP can be scaled up or down, and be flexibly adapted to different devices, standards, protocols and applications. The system’s operational stability, and protection for data, makes it reliable and very secure.

To demonstrate application in the real market, in addition to determining the system performance and quality, the IMAP has been leveraged to develop two smart city applications with great market potential: (1) Solar Street Light Management System, and (2) Solar Power Station Management System. These application systems have been successfully used for large-scale city-wide deployment in Wuhan, China. Currently fully operational, the systems allow remote management and control of solar energy devices – aiming over 1,000 solar street lights and solar power stations. The IMAP and related smart city applications can benefit business sectors and communities in both Hong Kong and the Mainland. 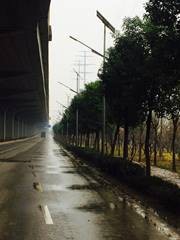 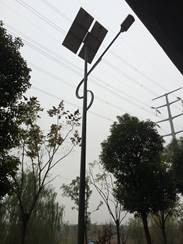 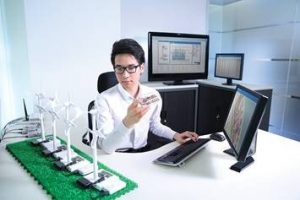 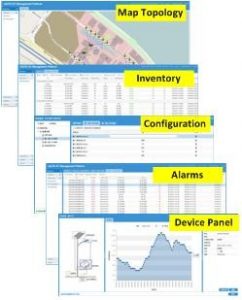 NB-IoT is a new global standard based on public and spectrum-licensed mobile operators’ networks. It is a wide area wireless technology which enables ubiquitous connections. Anything can be connected to the network from anywhere, regardless of its distance.

NB-IoT is a part of the global 3GPP Release 13 standard published in June 2016 optimized for Low Power Wide Area (LPWA) applications with the following advantages:

NB-IoT supports a wide variety of applications across many different industries such as: